bobtilden.com
A CONTEMPT FOR GADGETS
March 13,1998

"55 Chev. 2- dr, 6-cyl, ps, pb, r&h...." How many of us can still decode this cryptic line from simpler times? Sounds like a comfortable car to me, power steering, power brakes, with a radio and heater. Until recent years, the used airplane ads often had the remark FGP, which has gone the way of the "r&h" notation. Just as a radio and heater have gone from options to expectations, the installation of a "full gyro panel" is now an expectation in anything but a vintage airplane.

A full gyro panel refers to the installation of three gyroscopic instruments, the artificial horizon, which displays pitch and bank information, the directional gyro which provides a stable heading reference, and the turn needle. The turn needle is the basic gyro instrument, and provides rate- of -turn information and is a back- up for the artificial horizon. These are the basic tools of instrument flight, and are quite helpful in visual flight on poor days.

Look around your house and see all the things that weren't invented 30 years ago, and see the changes that have taken place in those things that were household items back then. Our lives have been flooded with goodies and gadgets. No place is this more apparent than in the typical light airplane.

30 years ago, the typical personal airplane often had a 90 channel radio, and one or two gyro instruments that were driven by an externally mounted venturi. Today, the norm seems to be two radios, one a 720 channel, an audio panel, an encoding transponder, and full gyros driven by an engine mounted pump. Two hot additions to the list are a second transponder and an "HSI" which provides redundant display of critical flight information in one compact display.

Today, you can go out and buy an old- fashiomed "lets go flying and have some fun" airplane for the cost of the comtemporary airplane's electronics package. Furthermore,you can almost fly that plane all year for what it costs to maintain that package. The shame of it all is that most of the flights that these full figured airplanes make could be done as easily and as safely with the simple airplane. We have become so hooked on gadgets that we have lost sight of the basic purpose of the airplane!

I was stunned recently when I talked with an acquaintance while I was at work. He had just bought a nice little airplane. He had paid a reasonable price for a sound airplane with a good engine and reasonable optional equipment, and now had no excuse not to "go flyin'". I asked him where he had been with the plane now that it was his. Literally, he looked down and shuffled his feet as he replied. He said he had been up a couple of times, but that he was waiting to get a GPS unit before he really went anyplace far.

Fifty years ago, airliners flew on schedule through stormy nights with less equipment than this fellow already has in his little plane, but he is reluctant to fly someplace a hundred miles away on a nice day? I wondered how he could have learned to fly without awakening the creative parts of his mind. He is older than I am. But I felt it was time he received some fatherly advice.

Charlie, I said, the GPS that you want costs twelve hundred dollars, and your plane costs you maybe thirty dollars an hour to fly. For the cost of the GPS, you could fly the plane for 40 hours, go a lot of places, and see a lot of interesting people, and things. Step by step you could build your navigation skills, and at the end of the 40 hours you will know how to plan and execute a long flight. You wouldn't need a GPS and even your present radio would become an accessory, rather than a necessity.

He could start by following rivers and four- lane highways, and noting how the surrounding scenery compares to the way that the map portrays it. Building experience, he could cut corners while using the radio for navigation, and watching the terrain features pass by on the map and on the ground. Successively more challenging courses could be flown. 40 hours is a lot of different destinations at 100 MPH.

Life is a sandbox, and "playing pretend" is what keeps us sane on some days, but we can't lose track of reality. Give a little boy a toy bulldozer, and see what he does with it. Will he polish the fenders or will he push it around the sandbox until dirt comes over the top of the blade?

Kids know what to do with toys. Grownups, I guess, forget. 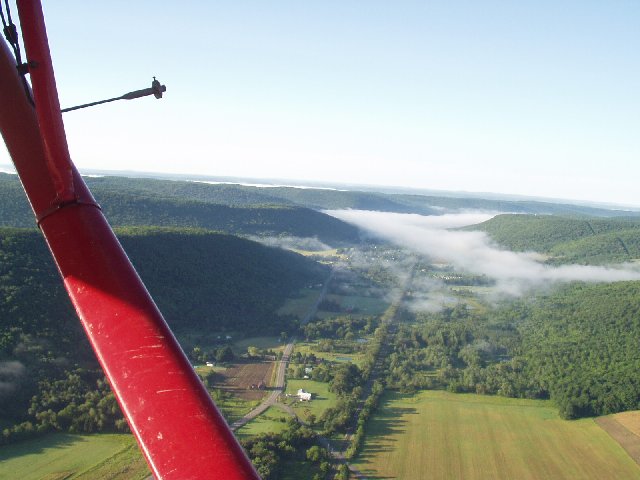 You don't need any gadgets to see this... 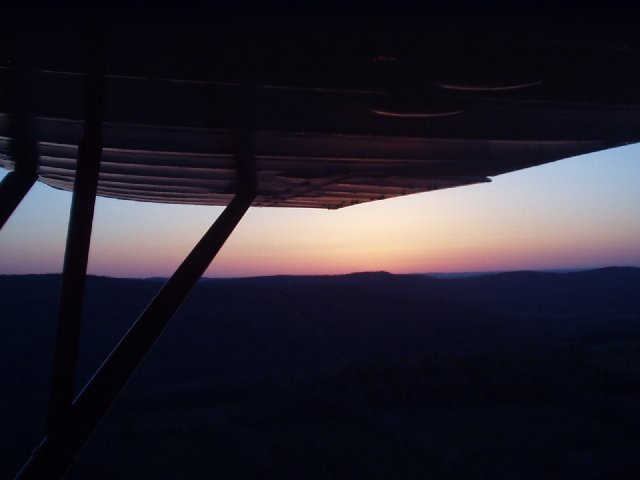 ...and you don't need any gadgets to see this!