Saturday morning's flight back to Elmira provided me with the first interesting photograph in quite a while. Rochester was starting the day with blue sky and see- forever visibility, but the weather for Elmira showed a solid cloud cover and visibility that was moderate at best. Halfway through the flight I was able to capture the change.

The drama was purely visual, merely the beginning of the cloud cover that gave us rain by nightfall and for Sunday morning. The edge of the clouds was unusually well defined though, and laid at right angles to my course. I took a picture out my side window as I passed under it; to the left, behind me, the sky was bright and the land below was a vibrant shade of springtime green. To the right, ahead of me, the sky was darkened with cloud, and the land barely visible to the camera. Only the long thin lines of the lakes stood out from the shadow.

This year produced a dull winter for picture- taking. In early January I took some nice pictures of the shadows cast by higher clouds upon a layer of clouds below me. There was just enough haze in the air that each of the sunny spots on the undercast was linked to the upper clouds with the hint of a sunshaft. There is lots of beautiful sky to be seen from a hilltop or even a good back yard, but only an airplane can provide scenery such as this.

In between January's pictures and Saturday's pictures, there wasn't much. There are pictures of snow under low clouds, and pictures of blue sky above a snow- white undercast, but that's it. No drama. Every time I took off, I landed at my scheduled destination and wasn't once scared witless by ice on the wings.

Winter came and went. It was its usual miserable self, but it left no scars. As I fly along, watching the world below come alive to greet another summer, I think of how fortunate it is to be able to say that the winter was dull. No cars were bent, which means also that no family members were bent or broken either. Winter's colds came and went, but we all have our health to be thankful for. I am also grateful that the house didn't catch fire or that the roof didn't cave in.

I know people who lost their health and lost their homes during the winter, and it helps me appreciate the "little things" which fill ninety nine percent of our days. If we are warm, dry, and healthy, we are free to pursue our dreams or free to dawdle for a few hours on a splendid day. A dull day is not necessarily vapid or drab, merely it is free of life- altering events.

Dull is good. Every day brings challenges which can be met, and the ride is smooth. The line of life offers a steady resistance but yields to a steady pull. I will be satisfied to take my thrills in the little victories of jobs done well, and I would be delighted to take my disappointments in equally small measure. 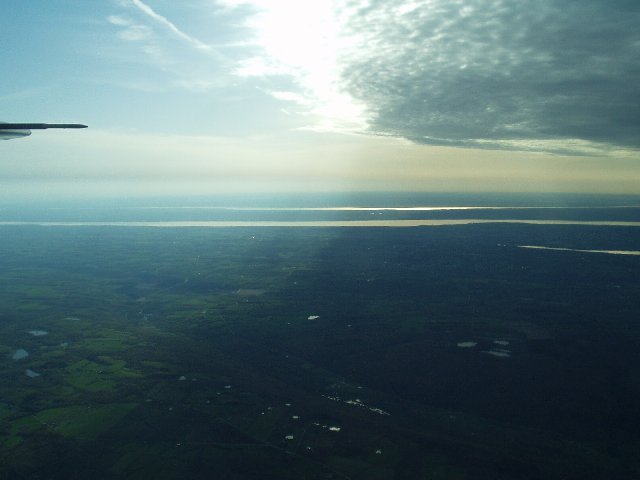 From sunlight to cloud. The lakes in the picture are Cayuga in the distance, Seneca, and closest is the eastern tip of Keuka Lake, at Penn Yan. 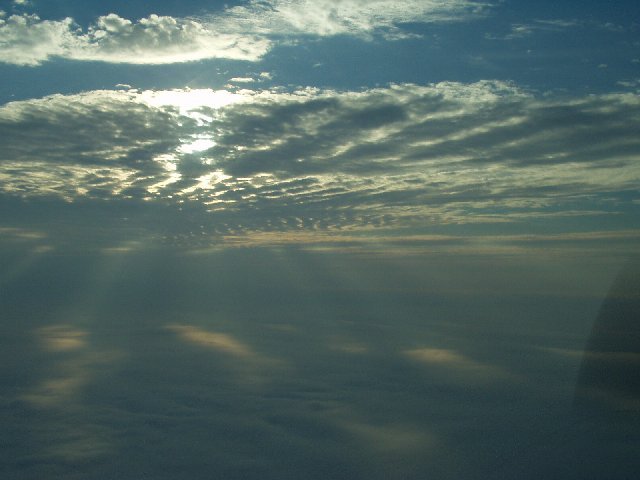 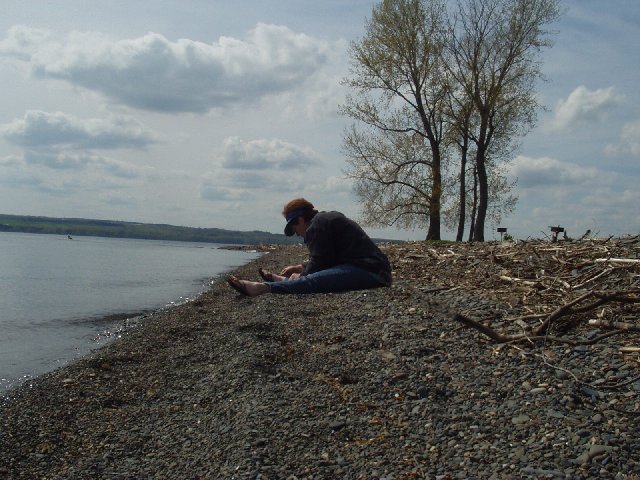 And the little things... My wife picks through the pea- sized gravel at Lodi Point on Seneca Lake, selecting only the most interesting pieces. Pretty much I was doing the same thing when I took this picture; laying on the beach listening to the whisper of the wavelets upon the shore and enjoying the feeling of warmth from the sun.