Thirty years ago I visited Hopewell Airpark, just northeast of Canandaigua and never forgot it. I don't remember why I went there, or who I visited, but I have always remembered the smooth grassy runway and the wonderful grove of stately old oak trees at the east end. Never before or since have I seen such magnificent trees at an airport. Perhaps that is why the long- ago visit had remained so strong in my recollection.

Last Sunday I flew to the fly- in breakfast at Williamson- Sodus Airport and happened to be standing next to an empty parking space just as an old Luscombe Silvaire pulled into it. The Luscombe is a sleek aluminum airplane that was built about the same time as my plane was. The Luscombe was the new kid on the block back then, and none of the tube- and- fabric airplanes understood that their reign was coming to an end. The odd little aluminum airplane was the beginning of the future.

It turned out that this Luscombe is based at Hopewell, and that there are a number of other old planes there as well. The pilot painted such a pretty picture of a friendly airport that I knew that I would have to visit there again soon. With the cold gray sky of Sunday morning already giving way to warm sunshine, I started to think of "soon" as being "this evening".

I did indeed return to Hopewell, making the half- hour trip in a calm sky under a sun that was starting to cast long shadows across the green fields of springtime. I had thought that I would find other folks gathered there, but was disappointed. I parked my plane at the edge of the oak trees and consoled myself by taking pictures of my plane, the Luscombe, and the old airport office among the park- like grove of trees.

I walked into "town", the four- corner hamlet of Chapin, and took several pictures of an old church. Its crisp white paint seemed to glow with warmth in the rays of the setting sun. I didn't have time to linger though, because the low sun that made photography so exciting was also marking the minutes before it would be too dark to land back home.

As I walked up the road that gently winds its way west out of town, up the hill towards the airport, I came to understand why Chapin had been settled. Often the early settlers created hamlets around the availability of water power, or at a cross roads of commerce. Sometimes though, the reason is more obscure, and I sometimes find myself wondering just why some particular place was settled where it was. Researching the answer is usually interesting.

Chapin is on the road that runs along the Canandaigua outlet creek and the railroad that follows the outlet valley. It is defined by a cross- road. After landing upon the lush green grass of Hopewell's gently undulating runway and admiring the timeless grove of stately oak trees, I realized that the early settlers founded the hamlet of Chapin because of the beautiful airport that the Indians had created there. 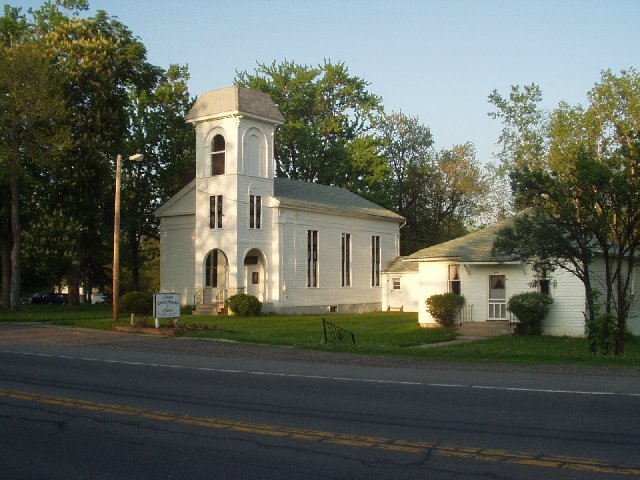 The church in Chapin. 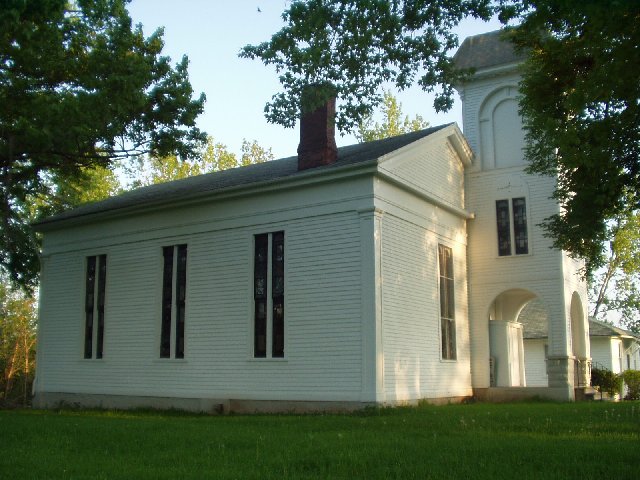 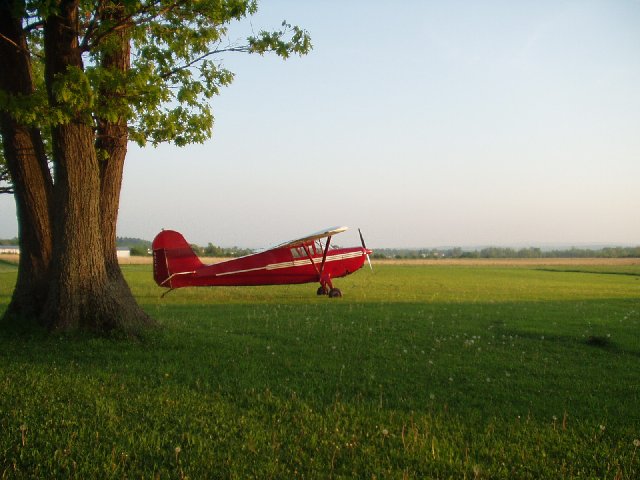 the Commonwealth parked next to Hopewell Airpark's grove of oak trees. 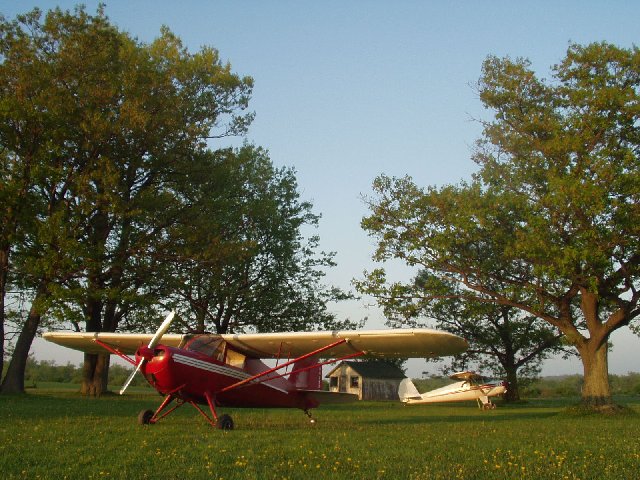