The Gone Flyin' website
BREAKFAST IN THE GARDEN
September 22, 2004

Recently I had to sit out a nice- looking weekend while all the other guys were flying around. The good weather held through Monday though, and I treated myself to a sort of consolation flight for breakfast at Prattsburg. I was up before sunrise, because flying is like walking through a garden; it is best done in the early morning.

Like most of our really nice days of autumn, Monday started with thick valley fog. I left the house and drove through a secretive world, cloaked in gray, and was pleased to watch the sky grow brighter as I climbed uphill to the airport. On takeoff, it was a familiar but always beautiful scene, looking out across the sea of white fog that stretched from the foot of our runway to the hillsides north and west.

It was too nice a morning to climb too high; I thought that under the circumstances, a thousand feet above the hilltops was plenty. I throttled the engine back to a leisurely cruise power and watched my shadow float across the scenery below. My mind followed it along, as it passed over wooded hills with secret hollows and murmuring brooks. It passed over farms, homes, crossroad settlements, ponds, and lakes.

I thought of years ago, when the act of flying and navigating an airplane consumed all of my attention. I followed that thought with feelings of gratitude, that I have flown long enough to feel at ease in the air. The flight was as relaxing as a walk in the garden, an inspiration because the sparkle of the morning dew was upon a million leaves rather than just a few. Like a walk in the garden, I was pleased to be amidst the beauty and the bounty, but I was also content to shrug off the occasional sights of imperfection. A gardener knows that good plans and good intentions can both fail, and that weeds are an inevitability.

There was little change in my reverie after I parked the airplane and started my walk along the unpaved road to the restaurant. A banty rooster split the morning silence with his insolent braggadocio, while a few of the more polite songbirds talked quietly in the brush beyond the wildflowers that lined the road. It was their garden-time too, with so many grains and fruits coming to maturity at the end of the season. A chipmunk sat on a low tree limb, seemingly at rest before another day spent gathering food for his winter cache.

The restaurant is an old farmstead, and I passed between great locust trees and a lilac thicket as I walked across the lawn from the road. Inside, the seats along the counter were taken, so I decided to sit at a table on the front porch. As I took my seat, I wondered how I could have thought of sitting indoors on such a glorious morning. On the porch, it was neither hot nor cold and the sun cast a relaxing pattern of brightness and shadow through the trees. The air was so still that the shadow patterns laid motionless, as though they were painted on the grass.

I had flown through a garden, walked through a garden, and now I sat amidst a garden as I enjoyed a leisurely breakfast. Flowers bordered the lilac thicket and surrounded the house, while a sinuous pathway of flat stones crossed the lawn to the parking area. The porch was decorated with pumpkins, gourds, and squashes at one end, but at the other end... as though a reminder that this summer season was once young... a swallow's nest was still attached to the woodwork above a corner post.

I had a peaceful breakfast, thankful for the fortunes which had brought me this far, and savoring the fleeting sweetness of summer as the days rapidly grow shorter. Winter will come, but its discomforts will only fuel the dreams of the gardener as plans are made for "next year". 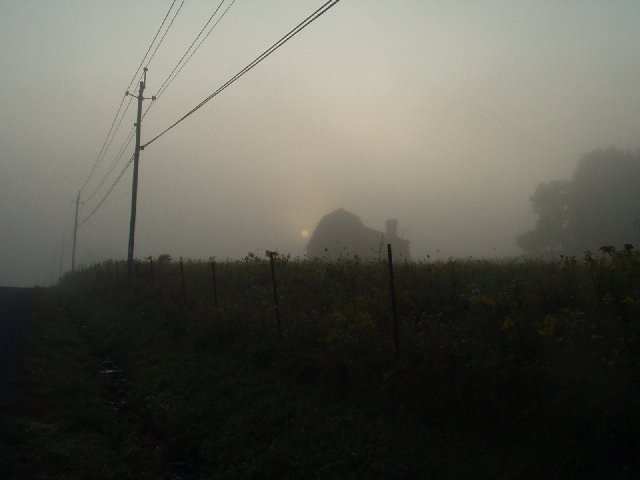 Driving up hill to the airport, I passed this barn at the edge of the fog. The sun was just clearing the ridge behind it. 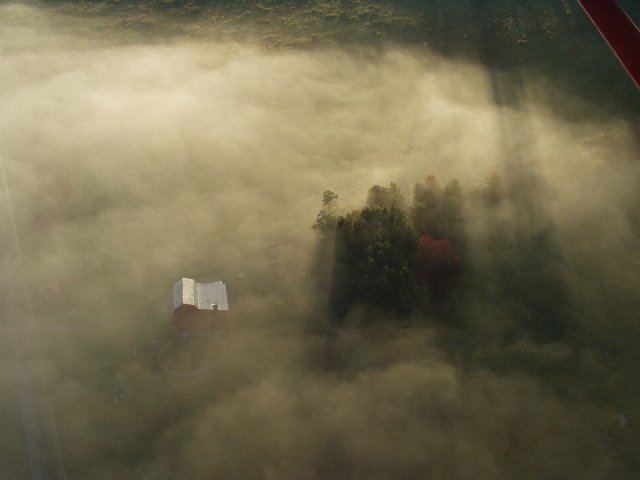 This same barn, just a minute after takeoff. The fog ends at the top edge of the picture, and the sun casts long streaks of shadow into the thicker fog of the valley. 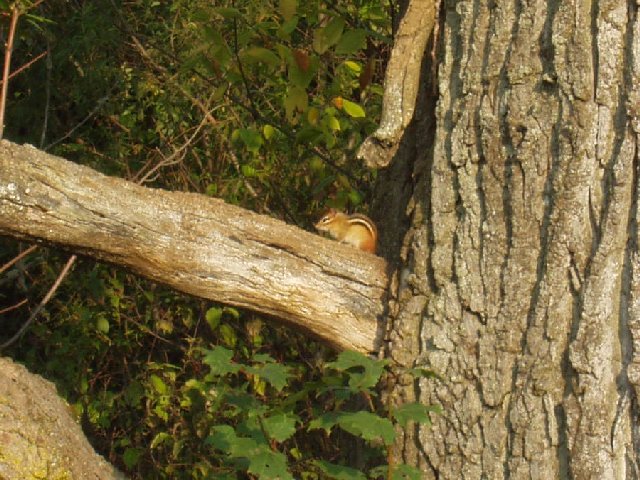 the chipmunk contemplates a new day. 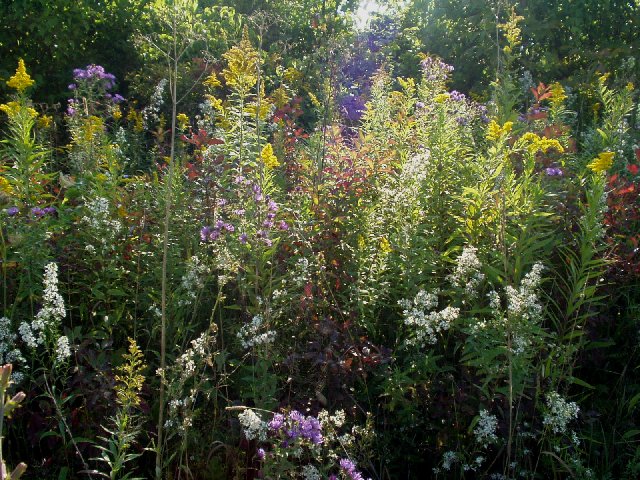 "...a few of the more polite songbirds talked quietly in the brush, beyond the wildflowers that lined the road." 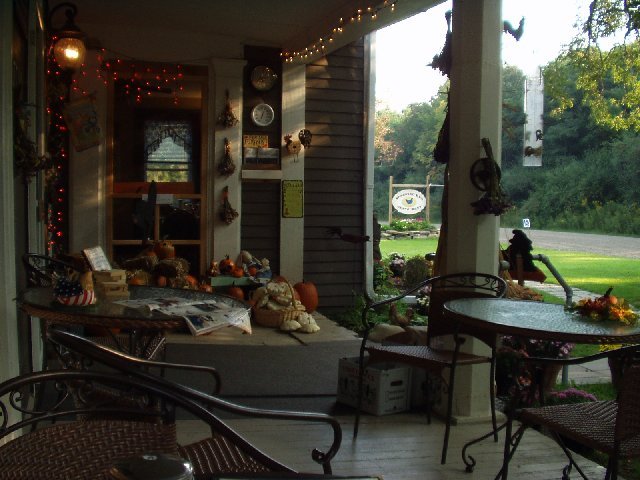 The view from my corner of paradise.
Plane Talk Archives
Return to Home Page
E- mail Bob Tilden at rdtilden@yahoo.com