What a gorgeous week to have harbored so many discouraging thoughts! It started out quite chilly after the remains of Ivan ran northeastward on the boundary of a cold front that pushed in from the west. Almost absent- mindedly, I checked the forecasted winds aloft before Monday's flight, and was jolted by the reality that I hadn't needed to make that check in several months.

It was the strong northwest flow of air which had caught my attention; it was a winter weather pattern. Summertime weather is usually pretty dull when compared to the energetic air circulation behind winter cold fronts. Last week when I checked the winds and temperature forecast for 6000 feet, I was doing something that is routine through the winter but rare in the summer.

The week also brought me the first night-time takeoffs from Elmira. Ever since late April I have had just a bit of daylight on my evening flight, but now it is gone. Once aloft I stared glumly at the western horizon as I cruised along, able to see only a sliver of light. I recollected that six months ago I was delighted to see the same sight after climbing through icy clouds... it was still winter, but I was buoyed by the light that now lit the western horizon.

Almost feeling sorry for myself, I thought of how hard I worked and wished to wrest springtime from last winter's frigid grasp. I remembered a "warm" and sunny afternoon in late February when I caught the first sounds of running water, and was able to see the little rivulets glitter in the sunlight. We forget how solidly winter locks up the landscape.

I took a picture of a robin about that same time. It was wishfully poking at a narrow stretch of bare lawn along the driveway, where the plow had kept the snow thin. He looked cold and wet, but he was a robin and he was here. I kept the picture on my computer "desktop" until I replaced it with a photo of the spring's first woodchuck two months later. One by one, I checked off the signs of springtime as the season marched into full bloom.

Last week's weather which arrived so brusquely mellowed quite nicely, and we enjoyed this year's longest string of pleasant days. By Thursday I noticed that the air no longer possessed the clarity of dry winter air, and had started to become hazy. On my way home from Rochester I admired the way that the haze played hide- and seek with the scenery, showing the tops of the Bristol Hills but obscuring the valleys. Over flatter terrain, near- by scenery was quite visible but faded rapidly because the haze held the glow of the morning's sun.

I thought of what a wonderfully "soft" morning it was. The eye was not challenged to seek out and analyze details on the ground below. Rather it was drawn to the broad sweeps of hills, lakes, and sky. It was solidly Autumn, but there was no imperative to prepare for winter; the weather had been good for days before, and was forecast to remain so for several more. Work could wait.

It was a day to enjoy. I had tasks to take care of, but I also made sure that I made time for a lunchtime flight in my own plane. From a vantage much lower than at work, I looked out across the hilltops and tried to believe that the woodlands were still green. If I chose my view carefully I could pretend it was still summer, but the fact is that much of the underbrush and most of the maple trees had started to turn.

For the day anyway, I found myself reveling in the thoughts of Autumns of many years ago, when I viewed winter as a season to live with rather than fight against. Some folks love winter, and for this perfect autumn day, I shared their excitement in the passing cold front, and I felt the anticipation in the first signs of fall colors. The arrival of cider season puts a little extra zip in everyone's step.

I was swaddled in the soft comfort of a warm and sunny day, and I chose not to spoil it with thoughts of cold weather. After all, winter doesn't really settle in until after the holidays, and by then we will be able to notice that the days are growing longer... 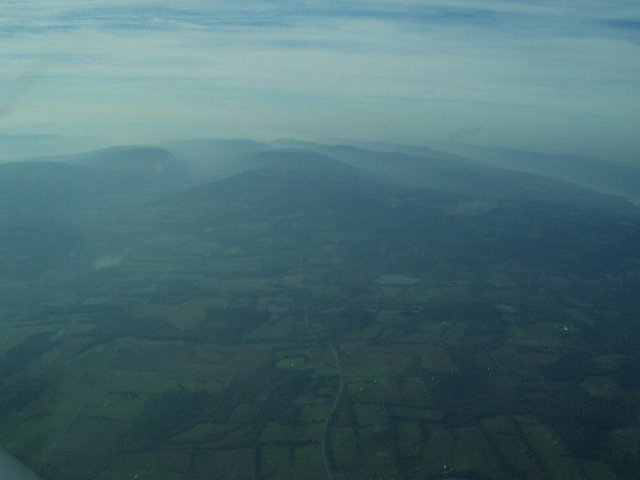 The Bristol Hills just after levelling off on the southbound trip from Rochester. Visibility at altitude is quite good, but closer to the ground it is hazy. The hilltops play peek-a-boo amidst the thicker haze in the valleys. 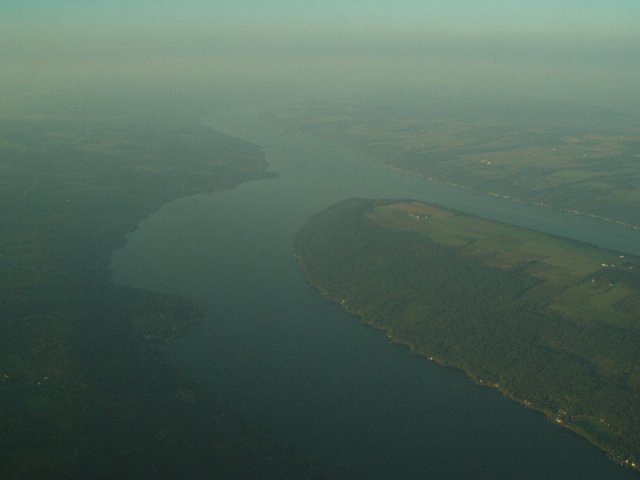 Looking south over Bluff Point and down Keuka Lake. There is enough haze that the details of the landscape are muted in favor of the over-all picture. 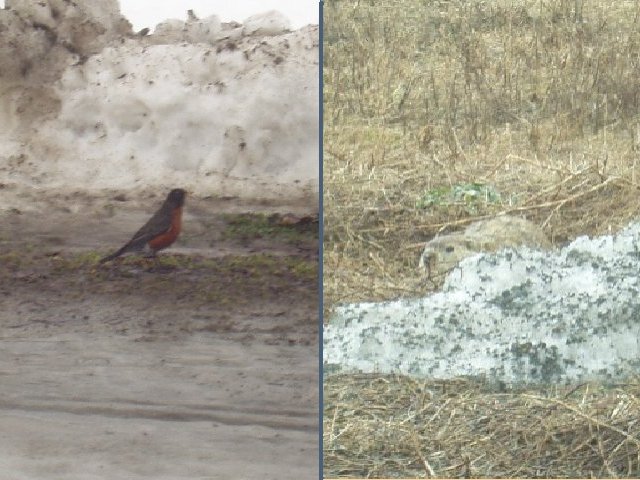